Because space is at a premium in studio apartments, it's important to have as few extraneous items as possible when living in one. Decluttering and donating is an obvious way to reduce how much stuff you have. Living near a grocery store is a less obvious, but just as effective, way of limiting how many extra things you have in your apartment.

If you're able to find a studio apartment within walking distance to a grocery store, you won't have to stock up on as many groceries at once. For example, instead of going grocery shopping once a week and purchasing seven days worth of food, you can go to or three times a week and only get enough food for a few days. Since you live near the grocery store, going multiple times in a week won't take that long.

If you're used to stocking up on large quantities of items when they're on sale, purchasing smaller amounts of staples may increase your grocery bill slightly. With this strategy, you can take advantage of volume discounts. The increase on your grocery bill, however, will be insignificant when compared to how much you're saving on rent and utilities by living in a small studio apartment.

Everyone eventually needs a change of scenery. In a studio apartment, however, you can't move from one room to another. To compensate, look for a studio apartment that has lots of public spaces around it and turn the surrounding area into your living room. You might look for apartments that have the following nearby:

All of these can be affordable places to spend time. Parks and benches are free, of course, and a coffee or a beer only costs a few dollars. Museums may charge for admission, but many have affordable annual membership options that you could take advantage of.

Look for Studio Apartments on the Southwest Corners of Buildings

Bringing in natural light will brighten up a studio apartment and make it feel larger. So that you don't block sunlight from coming in windows, Freshome recommends either using sheer window coverings or pulling your window coverings all the way back during the day.

Studio apartments may not be huge, but you can make them seem big by selecting one that's in the right location. With a grocery store near by, lots of public spaces to go to, and sunny windows, you'll create the illusion of having much more space than the actual square footage of your apartment. 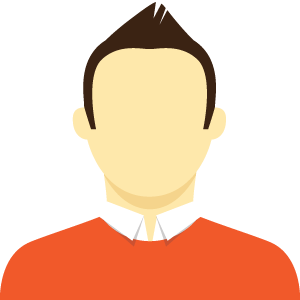 There is a lot of interest in flipping fixer upper homes, thanks in part to the various reality shows involving the subject that you can watch on TV. However, what you see on TV isn't always the reality of this type of work. My name is Mark Chavez and I have worked flipping fixer upper homes for over a decade now. While I love the work, there isn't always as much profit as they show on television and not every flip is successful. I decided to create this website to talk about the pros, cons and truths surrounding this industry. If you have been thinking about buying a home to flip, I hope my website educates you so you have a real idea as to what you can expect.